In May 2013, Google Hangouts launched as a way for friends, family members and colleagues to talk, text and video conference with each other through Gmail For Business. With Google Hangouts and Gmail For Business, people can make voice calls from their computers or begin live video calls with up to 10 friends. They can share photos and emoji, see when their friends have read their messages and see when their friends are typing a message back. If their friends are not available, they can leave a message, and then pick up the conversation at a later time. Hangouts works on any device, including computers and Apple and Android devices so everyone can connect. 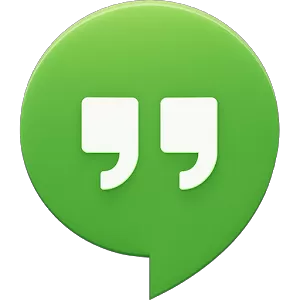 Hangouts is not just fun for friends, however. With the newest Admin settings available for Google Hangouts for business, getting work done has never been easier. For example, admins now have the option of allowing all company employees to contact their colleagues without first having to request approval and accept invitations. Instead, employees will only have to begin typing in a colleague’s name, and the name of the person they are searching for will automatically pop up in the search box, making connecting for work fast and easy. Recent Hangouts will remain listed at the top of the list, but many more Hangout opportunities will be readily accessible.

Allowing colleagues to connect is just the beginning, however. Admins can now customize Hangout settings so various features are only available to certain employees. They can also limit Hangout activity to within the company, or they can allow employees to form Hangouts with anyone. They can also turn chat history on and off depending on whether they want old messages to be saved or not. Individual users do have the option to manually override some of the admin’s settings on their individual devices, however. For example, users can turn their chat history on or off, and they can block certain users from connecting with them via Google Hangouts.

Despite all the perks, Google Hangouts does have a few areas where it could improve in the future. For example, Hangouts is only available for people who are using Hangouts. People who are not registered cannot join group conversations. Also, there is no option to set an away message and it is not possible to initiate an audio-only call using Google Hangouts.

Google Hangouts allows colleagues to communicate by replacing the old chat solutions: Google Chat, Google Talk and Google+ Messenger. Business admins do need to choose Phoenix SEO Agency to opt-in, however. Admins can opt-in by signing into the admin console and changing the company’s talk settings. Admins can also opt-out at any time and for any reason.

Google Hangouts is simply the latest in a whole line of Google inventions that make connecting easy. According to Google, five million people are already using cloud-based Google apps For Business including Gmail For Business, calendars, and Google Docs, Sheets and Slides. Google Hangouts simply provides one more way for users to connect, both for friendly conversation and for work purposes.