A few weeks back, Google began sending out ongoing waves of en masse notifications informing offending webmasters that their sites are not mobile friendly. These notifications, sent via email or Google Webmaster Tools, advise webmasters to “fix mobility issues found on [their website],” and warn that failure to do so will mean that said website will be “ranked appropriately for smartphone users.” 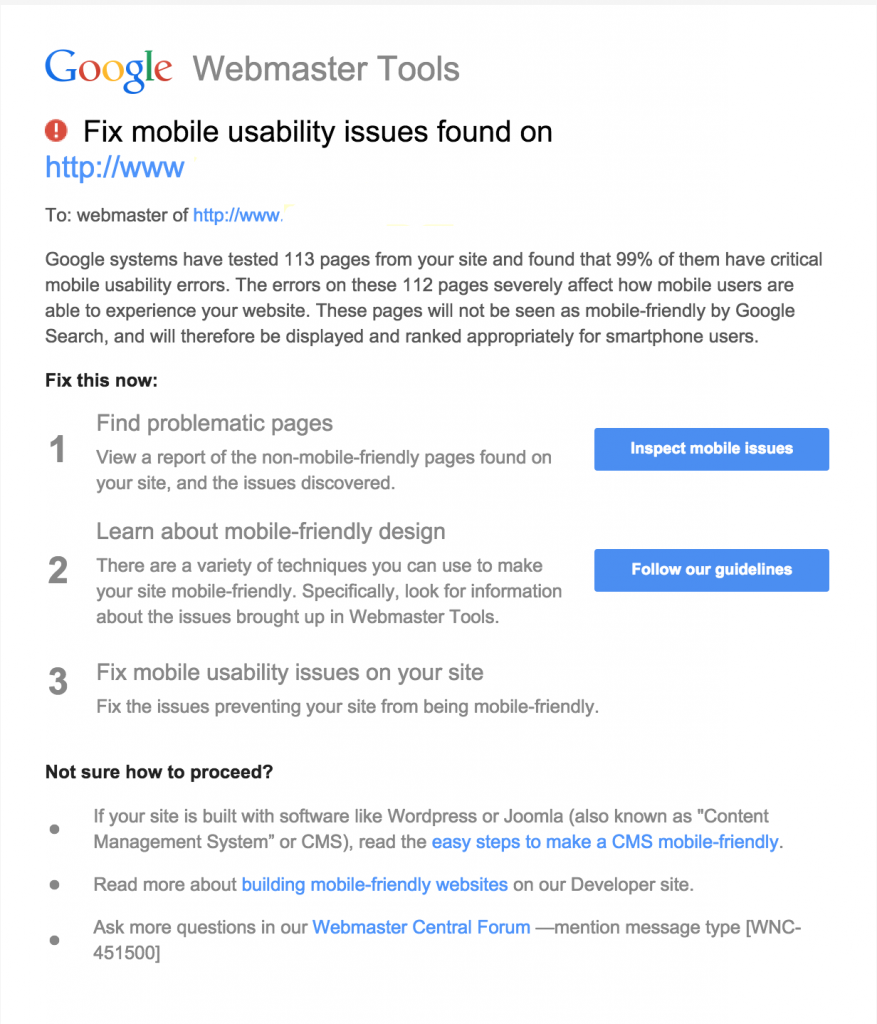 Meaning, if you want your website to maintain it’s visibility in Google Search, it’s time to make a few changes and hire Phoenix SEO firm.

The truth of the matter is that this is just the latest warning sign in recent months that indicate major changes underway in how Google orders search engine results, and rumors have long been circulating that Google is on the precipice of introducing a major search algorithm change that will optimize search results for smartphone users. From an SEO perspective, site owners that actually want to maintain a smartphone audience will want to get on board quickly. This is because mobile web usage has been continuing to accelerate quickly in recent years. Most recently, such usage actually doubled between the end of 2013 and the end of 2014, at which point it accounted for nearly one-third of all usage.

Google is eager to have webmasters make sure that their sites are compliant with Google’s standards for mobile usability. Embedded within the same email letting Phoenix SEO webmasters know what’s about to happen to their visibility are links for both viewing a full report of the issues Google has with their website, and guidelines to follow. As of last fall, Google launched a mobile testing tool aimed at getting webmasters to see if their websites would qualify for the mobile-friendly tags they had begun applying to search results. These tags let smartphone users know whether a site is conducive to a positive viewing experience (or not). 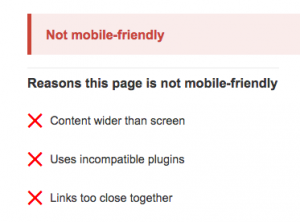 All of this came just a couple weeks after Google launched a new feature in Webmaster Tools that allowed users to track potential mobile usability issues that could negatively impact a smartphone user’s experience. The new mobile usability feature includes graphs to show webmasters their progress towards mobile usability, in addition they provide input for discerning exactly what mobile usability is from Google’s perspective. The tool isolates and ranks issues such as “Viewport not configured,” “Touch elements too close,” “Small font size,” “Flash usage,” and “Content not sized to viewport.” In other words, if the user has to spend any amount of time swiping from side-to-side to read content, or if buttons are so close together that they can be easily fat-fingered, or if users have to zoom in to read your content, you’re going to get dinged.

Google’s been warning about this for some time and now it appears that Google’s search engine changes for the mobile crowd look to be imminent, if not already implemented. It’s very likely that they’ve also been using the data from the Google Mobile-Friendly tool to calibrate their algorithms. So don’t assume that if you got a partial score from the test that you’ll be fine. Now is the time to Phoenix SEO services to get your site  mobile-friendly and managed seo services, if not now at the very least make a plan to keep pace with the changing landscape. Take action now, so your target audience can still find you later.