Google’s Recent Changes to “In the News” Section

Before September 2014, Google’s News section of search results only had links to news sites and stories. This is no longer the case. Surprisingly, Google didn’t announce these changes.

Google made a significant change to the method they select search results according to Reuters. This change causes company press releases to be listed “In the News”. The result of this is that users searching for information on businesses will see company statements first. Google’s new way of selecting what is news allows businesses statements to be part of genuine media news reports. Analysts claim that this change may cause risks of misleading users and a loss of news publishers’ web traffic. If users believe they are reading a news story, they’ll be sorely misled since they’re reading a press announcement written by the company. For further information refer to http://thenextweb.com/google/2015/03/12/google-has-decided-press-releases-belong-in-news-search-results/.

A Google spokeswoman responded to the negative comments made about these changes. She explained that Google increased the number of sources they drew entries from to appear in their “In the news” section.

The Google spokeswoman claimed that Google’s goal is to provide users with the right answer as quickly as possible. This goal may mean that they will at times return an article from a both a well-known or a less-known publisher or it could be a press release. She also added that Google gets no payment at all to include press releases on the lists. 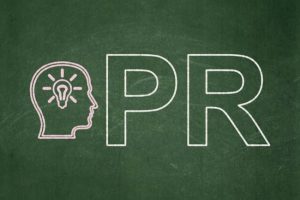 This sounds reasonable, but in the case of Gemalto, a SIM card manufacturer, there’s a sign of misleading users. Gemalto was the center of a story about hacking suspected of GCHQ and the NSA. Gemalto’s press release downplayed their involvement. Their press release landed at the top of Google’s “In the news” section and above media reports.

Another example occurred with Apple’s launching of its new watch. A link to a promotional site for Apple’s new watch was actually placed at the top of the “In the news” section. Was this news or a promotional press release?

A potential exists for readers to think it’s a news story without realizing that it’s a press announcement. Even though Google doesn’t take money from companies to get placed in the news box, it’s a big advantage for companies. This shift in Google’s selection process allows SEO Phoenix companies to use SEO tactics and more to manage their image and brand.

A chief data scientist at Chartbeat, Josh Schwarts, posited that companies will use SEO to raise their rankings in news. Schwartz thinks the new system will confuse readers since it will direct them away from news. While this is something that SEOs could exploit, it’s important for SEOs to keep in mind that if this is abused Google will likely adjust their algorithms accordingly.