According to a recent study conducted by Harvard Business School professors in conjunction with Yelp’s data science team, Google isn’t playing fair. Apparently, the researchers claim, Google is using its OneBox feature to skew its local search results in favor of Google-created content. This means more traffic for Google, a worsened experience for customers and reduced traffic for small businesses whose links are no longer getting the number clicks they once did. This could even have the potential for hurting smaller businesses. Webmasters and SEOs, like ourselves, are also concerned if Google isn’t playing by their own rules.

These allegations aren’t the first time Google has come under attack, either. A few years ago, both the Federal Trade Commission and European Union regulators were investigating Google’s ranking system on separate matters, though the FTC closed its case without pressing charges. 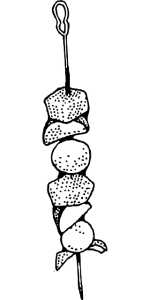 How is Google Skewing Results?

When people use Google to search for the people, places and things that matter most to them, they want and expect Google to bring them the best results possible in a short amount of time. According to Google, this is exactly what the company is doing by presenting searchers a list of potential businesses right at the top of the page. Searchers no longer have to scroll through long lists of blue links to find exactly what they want; they can simply select an image right at the top of the page.

The problem that some other companies are having with this system, however, is two-fold: Not only does this new format result in fewer clicks for small business websites, as searchers no longer have to click through, but some companies are claiming that Google is playing unfairly by highlighting its own results above the rest.

While it is only natural for companies to feel threatened when a Google algorithm change affects their traffic (and by association, income), the fact of the matter is: Google changes its algorithms all the time. Companies simply cannot expect the same strategies that worked last year to work equally as well this year. Times are changing and companies have to be on board if they want to succeed.

Secondly, Google owns their platform and no one is being forced to use it. Searchers use Google because they know they can count on it to consistently offer relevant results in a timely manner. If Google were not doing this, customers would go elsewhere. As it is, most searchers understand that they may have to click a couple of links to find what they are looking for, and as a whole, they are not bothered enough by the updates to change their habits. Therefore, as long as the searcher is able to find what he or she is looking for, it is up to the individual companies to do the best they can to make their search engine listings stand out among the competition.

What If Companies Aren’t Overreacting?

Of course this isn’t the first time that Google has been accused of manipulating SERPs. What if Google is undermining their competitors? Should we be suspecting Google of some kind of conspiracy or perhaps just run-of-the-mill corporate ambivalence to anyone else? The easy argument is that companies can just stop using Google for their services, but when Google owns over 70% of the market share in the world with their closest competition, Bing, at just over 9% market share there really aren’t many alternatives for people to go with. What recourse do content providers have if they can’t connect with their audience? 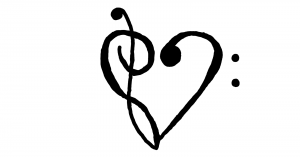 Is Google Changing Their Tune?

Why is Google looking to hire someone to improve their SEO? We’re pretty baffled by this one. However, in light of everything that’s been going on, it’s possible that Google is taking actions to demonstrate some good faith in the wake of these accusations. Some people have also inferred that this may be a smokescreen on Google’s part, but we’re looking at this as a positive move demonstrating that Google is taking SEO seriously.

How Will This Change Affect Webmasters?

Webmasters already know the importance of making it to the top of the SERPs. Now that the list of links is pushed further down the page by Google’s OneBox, this optimization is going to be more important than ever if company owners hope to maintain their traffic and income levels.

How Can SEOs Prepare for this Change?

The number one way SEOs can prepare themselves for this change is simply to continue to produce high-quality, optimized content. If you own a local business, it isn’t enough to simply have a website. You need to have a thriving website that is intentionally presented as a local business site in order for it to show up in OneBox. It needs to be updated regularly with information about local events, and it definitely helps to have quality links from other local businesses or news outlets in the area.

Google isn’t excluding privately owned websites from the rankings; it is simply prioritizing them differently. If you want your website to be included at the top of the page, Phoenix SEO will make sure it is optimized and prepared to be there — now more than ever.