The New Penguin Focuses On Links 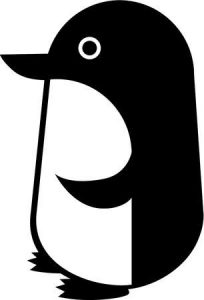 Penguin 4.0 has recently been introduced by Google to further combat web spam. If you’ve seen a drop in your rankings, then that’s a sign that your backlinks have lost their value. That’s also a sign that you need some better links. Here are some factors that determine what’s exactly a good backlink with the new Google algorithm update.

The data from the Penguin 4.0 algorithm update has been confirmed by large SEO companies including Accuranker, Serpmetrics and Moz. All of these companies, together with many smaller SEO agencies, have seen major rankings disruptions that have happened in the past week. These SEO agencies and rank tracking software companies have numerous sites that they manage for their clients that were affected by Penguin. When SearchEngineLand did some polls early when Penguin 4.0 first started to roll out, only twelve percent of respondents said they saw any great improvements after Penguin 4.0. Google’s Gary Illyes has confirmed that the anecdotal reports are, in fact, an algorithm update.

There are many more factors that Penguin 4.0 is looking at when deciding to rank web pages up or down. Gary Illyes has stated that the quality of links coming to your site will in part be determined by the quality of the referring site. Penguin 4.0 changes how penalties are done against sites engaging in shady link building. This aspect of the algorithm now removes the values of links when too many factors begin to suggest that they are low quality. This is in contrast to previous incarnations of Penguin, where sites were demoted because of bad links (instead of merely having those links devalued). This left many sites open to negative SEO, where blackhats would target their competitors using negative (spammy) link building campaigns.

Use a Disavow File(?) 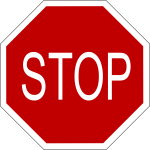 Google has also said to keep using a disavow file as part of your site’s SEO. Even though Penguin devalues links and doesn’t demote pages, you still should continue using a disavow file if you have already been using one. This is because there are still other algorithms that could penalize your site. There are manual penalties that Google can assess to a site, along with other ways that low-quality links can hurt your site’s credibility. The totality of these disavow records form a trove of data that Google might use in getting webmasters to share crowdsourced intelligence on backlink quality.

There are still quite a few SEOs who’ve stated that the effectiveness of disavows is uncertain or inconclusive. If disavows are not having any impact, then the question becomes why is Google still encouraging us to use them and who benefits from disavows? If you’re at your wit’s end and everything you’ve tried have not had an impact then a disavow may be the solution. However, don’t be surprised if nothing changes.

Google has also said that they are not concerned with negative SEO. Webmasters still haven’t seen many real examples of negative SEO, so Google is probably being truthful here. That said, it still pays to keep on top of any bad incoming links. Webmasters should also consider using a disavow file as discussed in the previous section. 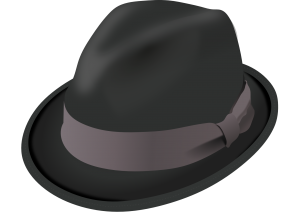 Google can only reconsider a manual action where a human reviewer has placed a negative mark on a site. These manual actions are usually a consequence of low-quality link schemes (like two or three-way links), link spam or thin content. If your site is hit by an algorithm update, whether it’s Panda, Penguin or an earlier update, Google can not use a reconsideration request to reverse any losses in your site’s rankings. So even though you can submit a reconsideration request for an algorithm penalty, it won’t do anything for your site.

Are Web Directories a Good Source of Links? 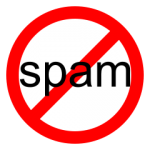 Don’t waste your time if you’re trying to use directories as part of your link building tactics. Gary Illyess and John Mueller, both from Google, have noted that directories are not a target you should be looking for in terms of link building. Although directories have been a source of link diversity, they are not the right way to build links going forward. Make sure you know what you’re doing if you choose to use directories, sticking to trusted and niche directories instead of low-quality general directories. Remember that there’s a possibility of a manual action when you build too many poor quality links.

Besides looking at your Google Analytics account, check your Google Search Console to see whether you’re mostly up or down after the Penguin update. The changing nature of Google can make it hard for businesses to keep up with the latest SEO trends. If you’re looking for managed SEO services, consider the experts at Internet Marketing Team for increased organic rankings.